The short film TIME OFF TRACK was created by a group of 14-21 year olds on Holborn Community Association’s Summer Film Project 2021 in partnership with London Transport Museum.

From June-August, young people learnt from professional filmmakers at Holborn Community Association to plan, shoot and edit their own short film. The group had exclusive access to film at London Transport Museum’s world renowned Depot in Acton, they used a collection of original transport artifacts to understand the stories of people that have lived, travelled and worked in the city. This fed into the development of their imaginative narrative, exploring time-travel and women’s rights, filmed on atmospheric vehicles at the Depot. 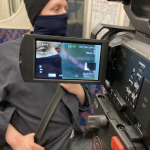 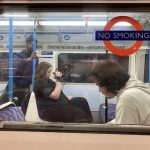 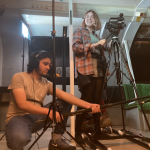 Young people created their own production company Goat Pictures, and took on roles on a professional film shoot such as directing, camera operation, sound and lighting, and also learnt skills in editing. They also produced a behind the scenes documentary about the project. Some  young people worked towards their Silver Arts Awards, a nationally recognised qualification and some of the cohort have subsequently gone on to study film at college or work experience within the film industry.

“It was kind of a new experience for me, but I had been set on going into the industry for quite a while. It was really nice to learn new skills especially after being so isolated for so long – like working with different people that I wouldn’t normally get the chance to work with”. – young filmmaker

The film was screened at the London Transport Museum to a private audience and it premiered at Bloomsbury Festival, in total reaching 100 audience members and the film will be submitted to film festivals. 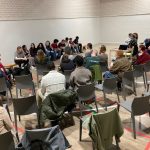 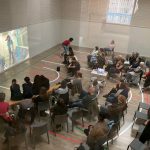 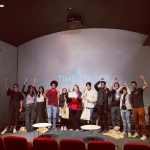 Congratulations to all young people involved and a huge thank you to London Transport Museum for such a unique opportunity as well as to John Lyon’s Charity for their support in making this project happen.

Watch the behind The Scenes Documentary here: